Vol. 16 (2013)
I. Soundings in the Archaeology and the History of the Ancient Near East/ Sondeos en la arqueología y la historia (...) 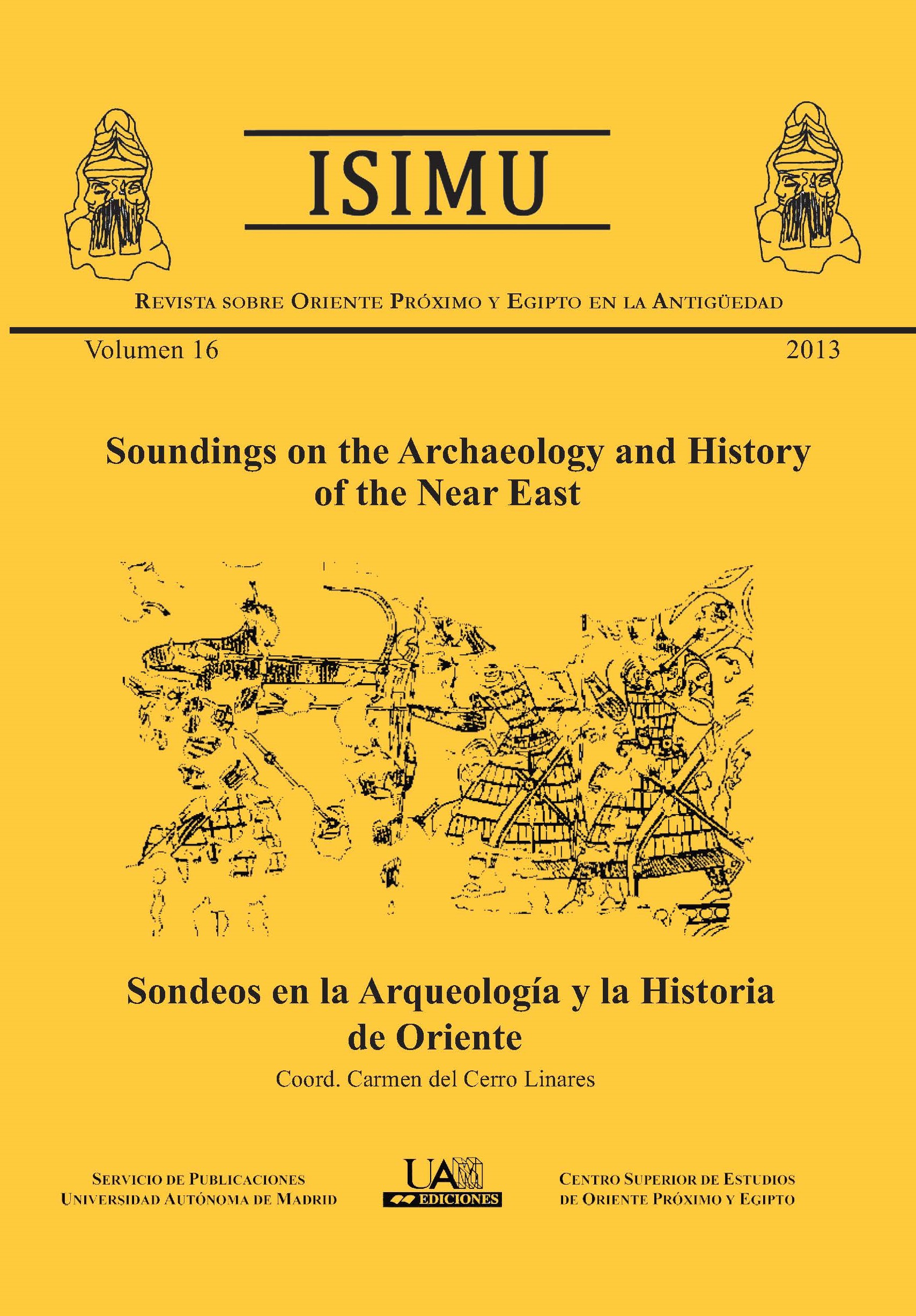 Izat-kuli is located 21 km to the southwest of the modern settlement Madau (Kizyl-Etrek region, Turkmenistan). Izat-kuli settlement is limited from all sides by banks of ancient canals, beyond which is takyr. In the prospecting shaft number 1, nine stratigraphical horizons, two building periods and three periods of occupation are revealed. The thickness of cultural layers measures up 8,75 m. Pottery assemblages of the 1st and 2nd occupation periods of Izat-kuli should be referred to the Early Iron Age I of Iran, i.e. 1300/1250 - 1000 B.C. since the vessels of these complexes find parallels in the Sumbar culture, Sialk A, Kaitariya, Khurvin, Marlik-tepe. The third occupation period’s ceramic assemblage of Izat-kuli finds direct analogies in the complexes of Early Iron Age II of Iran – Sialk B, Tyureng-tepe dated from 1000-800/750 B.C. In the prospecting shaft number 2, which thickness of archaeological layers is 3 m, building remains are not found. The prospecting shaft number 3 archaeological layers’ thickness reaches 4,95 m. In its upper layers there is revealed a building period applying to the top building horizon of settlement which corresponds to the excavated living and economic complexes. The received results of stratigraphical explorations allow to judge dynamics of development of Izat-kuli settlement and its long existence. Stratigraphical researches on Madaudepe, the settlements of Benguvan oasis, Tilkidepe, Chyglykdepe, Tangsikylja, Izat-kuli have established that the archaeological layers containing pottery of Archaic Dakhistan culture lay directly on the ancient delta deposits of Sumbar and Atrek rivers. No saline delta deposits were apparently an ancient surface on which people settled down at the end of the II millennium B.C. A dense irrigation system promoted development of agriculture. On the investigated plain there is a large massif of the ancient irrigated lands testifying to the high level of development of the ancient farming culture.