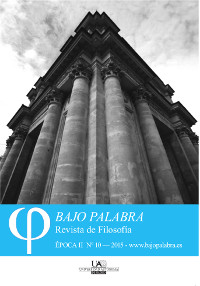 This paper is an attempt to answer the raw philosophical question of ‘ti esti state-terrorism’. It is a critical philosophical analysis of the concept of state-terrorism based upon an epistemological discussion, in an effort to re-formulate the question of terrorism by making the case that state-terrorism is the mother phenomenon and root of all forms of terrorism. My ambition is to contribute to our understanding of terrorism by revealing that, in the Greek language which is the language of concepts and philosophy, the term terrorism is terrorcracy and literary means state-terrorism, while it belongs to the same family of words as democracy, since the suffix –cracy, a recognition that may have the power to open new ways of viewing the term and phenomenon of terrorism, if not re-define the whole concept by describing it according to the term’s original meaning. Under this logic, terrorism would refer to a form of government and a political system. A hypothesis that my essay introduces into the philosophical dialogues on terrorism, since it never before has been discussed within these terms. State-terrorism is a forbidden term according to legal experts, however should not be treated as a sterile term by critical thinkers.